Lessons and Carols in the PICU

Eight years ago this month, an ambulance transported my son to the Johns Hopkins pediatric ICU. A profound disorder had compromised his ability to cough, and the common cold was making it too hard to breathe. Day after day the news grew grimmer. We had been warned respiratory illness would be our son's biggest threat, but we were crestfallen to face the magnitude of the threat so soon. He was two years old.

In this frame of mind, while waiting at home with my daughter, I livestreamed a chorale service of Lessons and Carols, which intersperses Scripture readings, prayers, and songs of Christmas.

Uncertainty, grief, darkness, sickness—these are age-old themes not unique to my life. They were there in Galilee and Judea. They were there when voices broke the long silence of heaven, telling Zechariah, Mary, and Joseph amazing tidings; telling shepherds news no man could invent; announcing reasons for joy, peace, and God's goodwill toward men.

Voices in the night. Beauty in obscurity. Christ had come.

That night I found relief in the truth that my son's story is a page in one great story whose end is wonderful. It also created a new love for Christmas choral music. What could be more fitting to celebrate the Word made flesh than with words made song? So we played and re-played songs that December. My husband played and re-played Lessons and Carols in the hospital room.

This year we went to the local Lessons and Carols service in person. It was wonderful. Not that I heard it all. Our dog had decided our six-foot fence was a ladder and used it to get out. The text messages from a kind neighbor began just as the service did. I ducked out shortly after Pat-a-Pan to go home and keep the dog from killing himself on a country road.

But it was no hardship for me, because for once my son was not missing out. He stayed, wide awake, for the whole service as the Story was sung.

Our Christmas playlist has many selections often included in Lessons and Carols--and another ten hours of all sorts of other genres! I was afraid I'd be tired of it the minute we queued it up again, but no. It's been beautiful. Would love to hear about your favorite Christmas records. 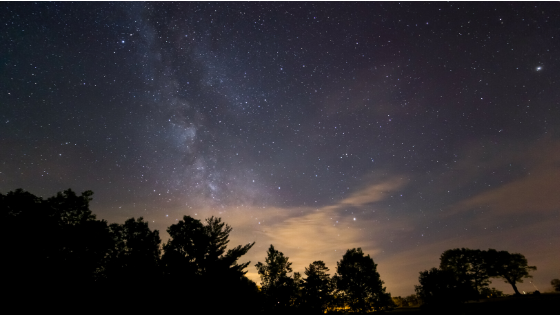